Manchester City tightened their grip on the Premier League title race with an emphatic 4-1 win at Liverpool, while Manchester United and Leicester failed to keep pace with the leaders with disappointing draws.

Victory at Anfield was one of the few remaining feats left for City to achieve since Sheikh Mansour’s takeover 13 years ago and Pep Guardiola’s men earned a first win away to Liverpool since 2003 in style.

City are now five points clear at the top, with a game in hand on the other challengers, as they were the only team in the top four to win this weekend.

City’s 14-game winning streak, 10 of which have come in the league, is all the more impressive given it has largely come without Kevin De Bruyne and Sergio Aguero due to injury and illness.

In their absence, the strength in depth City have amassed and Guardiola’s coaching has come to the fore to pull clear in what was until just a few weeks ago a wide-open title race.

Phil Foden, Ilkay Gundogan and Bernardo Silva were the stars of City’s show at Anfield, all three of whom have not been certain starters under Guardiola at different stages of their City careers.

At the back, the excellent form of Joao Cancelo and John Stones has ousted title-winners Kyle Walker and Aymeric Laporte from Guardiola’s strongest XI.

And even without Aguero, Gabriel Jesus has played a bit-part role and was relegated back to the bench despite scoring twice in City’s previous two games.

At the most gruelling juncture of a season with more fixture pile-ups than ever, City have clicked into gear just as Liverpool have run out of gas.

The champions have now remarkably failed to win in five consecutive home league games. In the previous two seasons, they won 35 and drew three of their 38 matches at Anfield.

An injury crisis at centre-back has depleted the champions from back to front, but Jurgen Klopp also has to bear some responsibility for failing to summon the same response from his squad players.

Xherdan Shaqiri, Divock Origi, Alex Oxlade-Chamberlain and Naby Keita are among those to have had little impact, while Takumi Minamino scored on his Southampton debut at Newcastle on Saturday days after being loaned out.

Manchester United boss Ole Gunnar Solskjaer claimed expectations of a title challenge from his side were unrealistic after conceding a 95th minute equaliser to draw 3-3 with Everton at Old Trafford.

“We need to stop conceding easy goals,” said the Norwegian after United dropped points for the third time in four games.

However, in two of those matches the Red Devils kept clean sheets in 0-0 draws away to Liverpool and Arsenal.

Solskjaer’s men have also played out goalless stalemates with City and Chelsea this season, but have found striking the balance between attack and defence difficult in the games they are expected to win.

United have conceded twice in wins over Brighton, Southampton, Sheffield United and Leeds this season.

But on Saturday they did not get away with it as Dominic Calvert-Lewin took advantage of a mixture of timid goalkeeping from David de Gea and sloppy defending to earn a point for the Toffees.

Arsenal’s mini revival has quickly faded and with it hopes of climbing back into the top-four face after Saturday’s limp 1-0 defeat at Aston Villa.

Beaten for a second successive match, the Gunners are languishing in 10th place after their third consecutive game without a win.

Arsenal have scored only one goal in that period and even with Pierre-Emerick Aubameyang available off the bench after his mother’s illness, there was no spark up front for Mikel Arteta’s men.

Victory for Leeds or Crystal Palace when they meet on Monday will push Arsenal back into the bottom half of the table.

“When you are not ruthless in the opponent’s box, you don’t win games,” said Arteta.

“That is something we have to do better, and it cost us two games in the last few days because the reality is we should have won both games.” 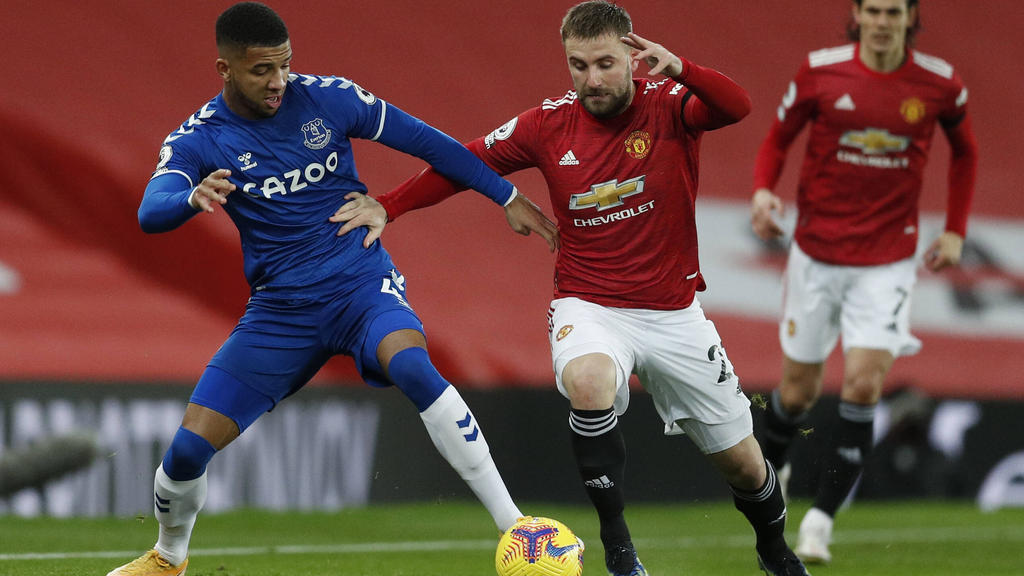