Pep Guardiola said Tuesday he could not comment on Manchester City’s move for Erling Haaland until “it’s completely done”, all but confirming that a deal for the forward is imminent.

There were reports on Monday that the Norway international had already undergone a medical after agreeing personal terms with the Premier League champions.

The club have not officially commented but manager Guardiola gave a clue that the 21-year-old is on his way to the Etihad when speaking at a press conference on the eve of his side’s match against Wolves.

“Everybody knows the situation,” said Guardiola. “I shouldn’t talk because I don’t like to talk about the future or next season. Borussia Dortmund and Man City told me I’m not allowed to say anything until it’s completely done.”

It has been reported that Haaland is set to sign a five-year contract to move to the Etihad for the start of next season after City formally triggered his release clause, reportedly £63 million ($78 million).

Guardiola said: “I’d love to talk but they tell me don’t say anything until (after) the legal actions. We’ll have time to talk, not because I don’t want to.”

The signing of Haaland would end City’s long search for a specialist centre-forward to replace record goalscorer Sergio Aguero, who left last year.

City then tried but failed in a high-profile attempt to prise England captain Harry Kane away from Tottenham.

Haaland, whose father Alf-Inge played for City from 2000 to 2003, has been prolific since joining Dortmund from RB Salzburg in January 2020, scoring 85 goals in 88 appearances for the German side.

Liverpool manager Jurgen Klopp, whose side are involved in a tight title race with City this year, said he would expect the transfer to set new boundaries.

“I signed a new contract knowing City would not stop developing,” he told Sky Sports. “If Erling Haaland went there he would not weaken them, definitely not.

“I know a lot of people talk about money but this transfer will set new levels, let me say it like this.” 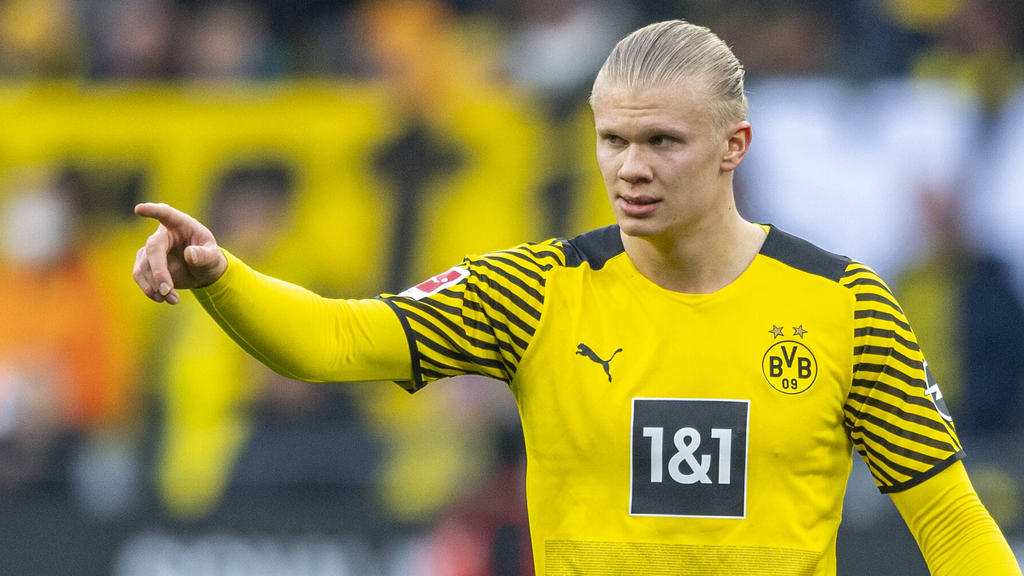